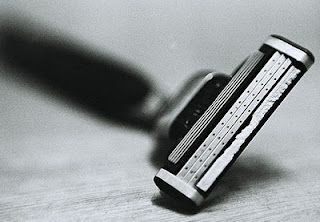 Many moons ago, I used to date this woman that would constantly complain about me not shaving my face. True, I was a bit scruffy, but would never shave my face as an act of defiance because the woman approached me in such a crass manner. Reapeatedly this woman would bitch and complain and belittle me for not shaving. We eventually broke up. I never did shave my face when I was with her.

Soon after breaking up with the above woman, I had a new girlfriend. Instead of demanding that I shave my face, she asked if she could shave my face for me. "Sit back and let me shave your face...just to see how it looks. If you don't like the way it looks, you can grow it back and I will not mention it again". She put on some soft music and began gently shaving my face. Afterwards, she commented that she liked my face better shaved. To further convince me that she was into my new shaved face, we had sex immediately afterwards. The next day, I went out and bought some razors.