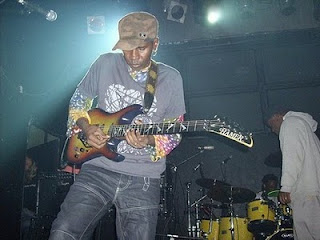 When I’m in my hometown of St. Louis, MO, a question that I am asked a lot is, “How did a guy like you from Missouri end up meeting Vernon Reid?” The simple (and often unsatisfactory) answer is “by playing music”. People always frown at that answer so I decided to do a blog about it. Wanna read it? Here it go… 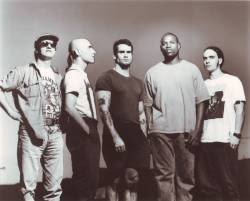 Technically, the first person to ever introduce me to Vernon Reid was Henry Rollins, back in 1994. Rollins and I were sitting in the dressing room at Irving Plaza talking after I had asked him to autograph one of his books for a friend. It was in the middle of the day, during sound check. I had met Rollins a few times before in St. Louis while he was on tour through Melvin Gibbs, whom was the Rollins Band bass player at the time. The reason I was in New York was because I was there for the mix-down of the recording I did with my all black rock band called T.H.U.G.S. (later we would change the name to Treacherous Human Underdogs because of a dispute with our European distributors). Meeting Vernon at that point seemed a bit surreal because I felt that he was inadvertently responsible for me being in New York in the first place because of his success with Living Colour. Living Colour pulled off what most people thought was impossible in Rock music previously, and every black rock band in America that could hold it together for five minutes benefited from it. Including my band. 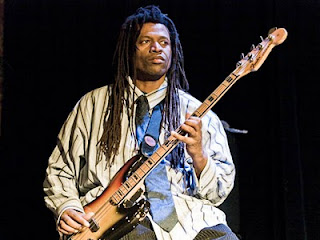 After our initial meeting, I wouldn’t meet Vernon again until five years later on stage. In 1999, I received a phone call from Melvin Gibbs, while I was still living in St. Louis, to do a gig playing drums at the Knitting Factory as well as play on DJ Logic’s debut album. At this point, my Rock band had broken up and I was toiling away in the basement writing experimental music and practicing playing live drums at 170BPM (for you non-musical types that stands for Beats Per Minute). Before I could second guess myself and convince Melvin that I couldn’t do the gig he said, “Your plane ticket is already in the mail. I’ll see you when you get to New York” and hung up on me. 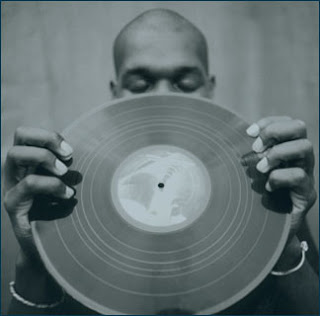 Melvin deliberately didn’t tell me whom I would be playing on stage with until I arrived in New York as not to make me too nervous. As it turned out, I was the only person that wasn’t famous on the bill. The line up consisted of DJ Logic, Vernon Reid, Melvin Gibbs, John Medeski and Joshua Redman…oh,yeah…and me on drums. Logic’s label (Rope-A-Dope) flew me in, but nobody could remember my last name so I was billed as Leon from St. Louis. I told Melvin, “You didn’t tell me I was going to be the only one on a bill of famous musicians that wasn’t famous”. Melvin grinned and said, “Well, this is how you get famous, by playing with famous mother%$#@^&’s”. This would mark the first time I played live on Stage with Vernon Reid. 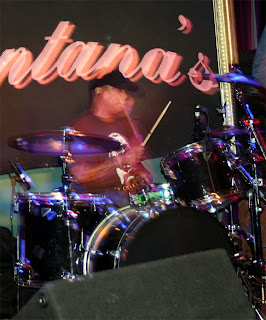 After a series of gigs and finishing recording sessions playing drums on DJ Logic’s record, I moved to New York from St. Louis. Soon afterwards, Vernon would ask me to play drums on one of his solo releases on Sony records. While recording the album, Vernon and I spent as much down time as recording time and became friends over the years. I feel honored that Vernon now introduces me to his daughter as “Uncle Leon”.