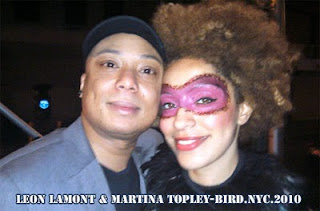 CMJ week in New York started off for me with a phone call from Danny Chavis of Apollo Heights. Danny had referred me to a British woman named Martina Topley-Bird that was in town singing with the group Massive Attack. While on tour with Massive Attack, Topley-Bird was also doing a couple of dates for CMJ to promote her solo record. For reasons still unknown to me, she arrived without a drummer or percussionist. This is where I came in: I was hired as her drummer. 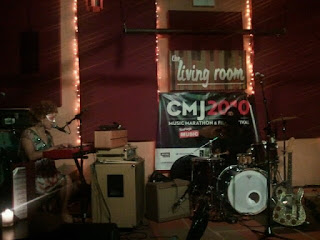 The transfer of information from Topley-Bird to Danny to me was much akin to those experiments in grade school where your teacher tells you something in your ear and you pass it from student to student and the last person says something totally different from the beginning message. Lost in translation where important points like: you have to learn the material in 24 yours, you have to wear a ninja costume, and you will get no credit by name only in payment. I was basically a drumming stunt double. As last minute as it was, I enjoyed the experience and Martina Topley-Bird was a true diva in the good way. My only disappointment was being on stage during our second night of doing CMJ and seeing loop artist Reggie Watts in the audience and not being able to meet him because I was trapped behind a drum kit in a ninja costume. He was quite the ninja himself after our set and vanished. 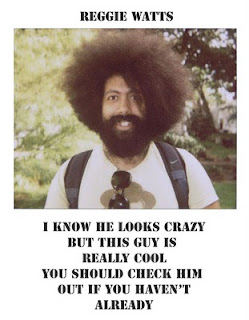 Between the two gigs I did with Martina Topley-Bird, I had the opportunity to catch Massive Attack at the Beacon theatre in New York with openers Thievery Corporation. Guitarist Danny Chavis of Apollo Heights played guitar on the last Massive Attack album and as a result scored us free passes to the show. While in the lobby for intermission at the Massive Attack show, a photographer friend tried to convince me that actor Mike Meyers just came out of the closet as a homosexual. I say, “I’ll believe it when I see it in print or on the news”. What a weird thing to mention in casual conversation at a concert hall. I shrugged it off because it was the third “I heard (fill in blank) is gay” story I heard that night. 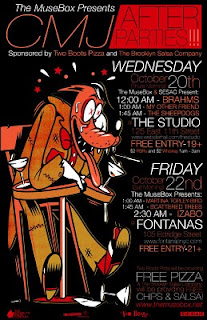 My last CMJ performance was with Apollo Heights. At first I wasn’t scheduled to play because there wasn’t a drum set…then magically there was one. Thinking that I wasn’t going to the gig, I went to see the band Helmet at Gramercy. Once again, guest list passes. While I was there I saw the actress Zooey DesChanel. 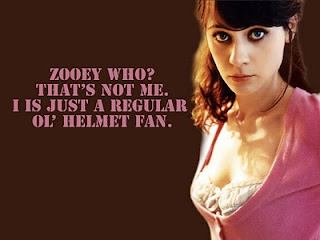 When I recognized her she said, “That’s not my name.” I wasn’t drunk or high so I know it was her…she was just being rude. I just shrugged my shoulders. When I met Maggie Gyllenhaal on the subway and recognized her she was equally rude. 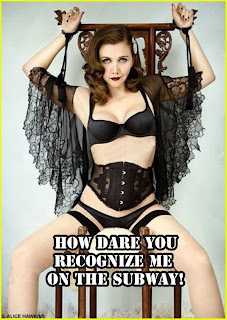 The nicest actress I’ve met to date in NYC was Claire Danes. 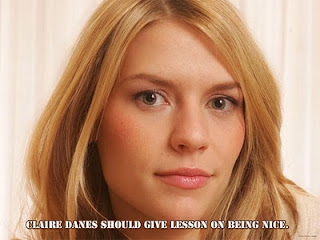 She was super-nice and not in the least bit rude. 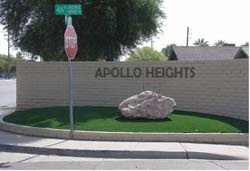 After the Helmet show, I headed downtown to play drums for Apollo Heights in the wee hours of the morning. There were flash bulbs and lights in my face while we were performing and I could feel the effects of the hefeweizen as a wall of guitar distortion wrapped around my head. Between Helmet and Apollo Heights all in one night it’s a wonder that I didn’t’ go deaf. Glutton for punishment that I am, after the gig I ended up at a basement jam session drinking beer and playing drums until 7AM. Somehow it seemed like a fitting way to end the week.
Email Post