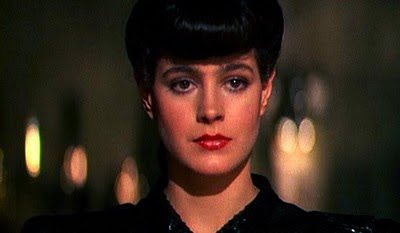 When I was a kid and fantasized about purchasing my first android, a small, mobile phone packed with a bunch of open source applications wasn't exactly what I had in mind.  The name of the product doesn't make sense in the least bit because what you actually purchased is an android brain and not and actual android; which is defined as a "human-looking robot". 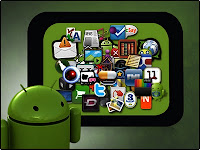 When my phone carrier asked me how I liked my new Android phone recently while I was paying a bill, my response was lackluster, "Eh, it's OK".  My only warning to anyone that is considering purchasing an Android phone is: be careful with the free apps you download because they can screw up your phone big time.  Read the app reviews like your phone's life depends on it...because it does.  Yeah, when I fantasized as a kid about an android I was thinking more along the lines of Blade Runner.  I was thinking maybe a little something in the Sean Young model series. 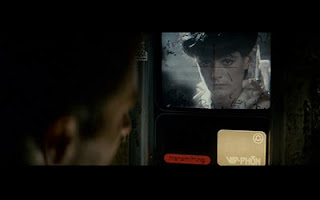 The only thing even close to my Blade Runner-like future fantasies has been Skype.  Thanks to Skype, I can mimic the scene in Blade Runner where Harrison Ford tries to charm Sean Young via videophone (only even better because I don't have to pay some outrageous phone charge to do it like Harrison did in the movie...yet).  Of course I'm courting a real live woman (residing in China no doubt) instead of a manufactured woman with an unknown incept date.  What can I say; I'm a closet geek.  Whenever technology catches up to my Sci-Fi fantasies I get a little excited.  Only an aged geek like myself can truly appreciate today's technology. 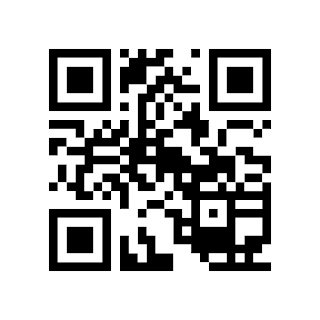 It's the same aforementioned geek in me that gets me excited about QR Code.  QR stands for "Quick Response".  QR Code is common in Japan where it was developed (over ten years ago) and also in most of Europe.
What does QR Code do?
You can scan the 2D printed code (like the one displayed above) with your smart phone and it automatically sends you to websites, pulls up phone numbers, sends you to videos, music streams or whatever else you desire, bypassing the need for you to type in an URL for your phone's browser.  It's that simple.  Better than being simple...it's free.  Free to generate and free to decode.  Android, Blackberry and iPhone all have freeware available that can scan barcodes and QR Code.  Observe video demonstration below.

What's so exciting about that? Have you ever been at a bar or social engagement where there is alcohol and/or food and you meet an important contact, an old friend, or a really hot person that you want to get with and have to fumble through entering information into your smart (or not so smart) phone?  Sure you have.  Imagine being able to walk up to someone, have the person scan a code that you bring up from your picture gallery in  your phone and it almost effortlessly takes the contact directly to your virtual business card and/or personal web page.  The exchange of information would be paperless, quick and accurate.  In other words, it would be drunk-proof. 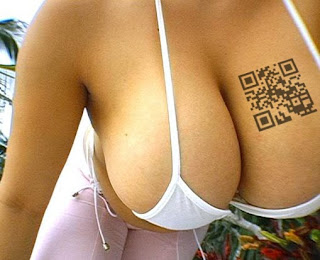 Japanese schoolgirls have already figured this much out and maintain their shy demeanor by simply giving young boys their QR Code to initiate a much desired chase sequence.  I imagine some men going crazy and scanning women like groceries...but I digress.

Let's face it...meeting someone and giving them your phone number just based on looks alone sometimes results in time wasted.  Wouldn't it be more convenient if you could scan someone and browse through the person's like and dislikes to find out if you would be compatible before you ever left the venue?  Of course it would.  She likes surfing, you like couch-surfing.  Delete and move on to the next person to scan.

QR Code can be a great promotional tool for bands and artists. 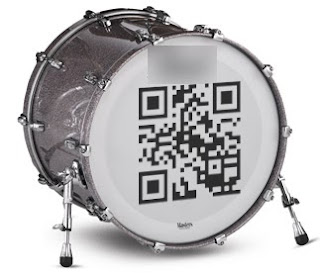 Ever been out and saw a band or DJ you've never seen before and end up really liking them?  Imagine if you went up to the stage and the artist had a clear visible display of their QR Code near them.  You could scan the code with your phone and get the artist's name and be sent straight to their website without having to ask anyone anything.  You could join the artist's mailing list, learn the members' names or find out when their next gig is coming up right there in the venue while they are playing onstage without having to collect cumbersome flyers.  If you went to this year's SXSW (2010) Film & Music Conference, you were already exposed to the creative community embracing QR Code on flyers, merchandise and event badges.

QR Code is already in the American School. 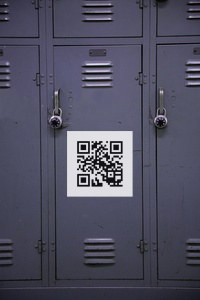 Using QR Code isn't the future: it's the present (like I said before, the general public have been using it in Japan for over a decade).  Check out the video below to see how American teachers and students are utilizing QR Code.  If nothing else, if there is a technology out there that your kids are using...you need to know about it.  Do I need to mention how the texting problem became a "sexting" problem in American High Schools?  Um...yeah...if you happen to be a parent or teacher (or both) it would be of your best interest to watch the video below.


How to start using QR Code

Type "QR Reader" into your favorite search engine along with the model of your phone. If you use an Android phone (like myself) you can just go to the Android store and download the freeware called "Barcode Scanner".  Barcode Scanner is also fun in the grocery store.  When there are no prices on some items you can just scan the barcode with your phone.  There is a video demo above (in case you skipped it).

Once you've downloaded the software to your phone, it's just point and scan.  To generate your own code for free (for your web page, phone number or a text message) go to this site Free QR Code Here ...afterwards you can test out your scanner.  A quick note: the less text you encode the easier your QR Code will be to read to other phones.  Keep it simple.