An Alcoholic Stole My Gig 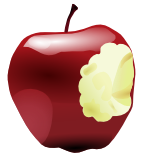 Often I am called upon to give advice to DJs on negotiating price for various types of gigs.  The hardest gig to negotiate while keeping your dignity in tact is the bar gig.  With the advent of cheap DJ software, hack DJs seem to be falling out of the sky.  Recently, a DJ friend was low-balled on a price offering for a residency.  What was my advice to him?  Stick to your guns, prove your worth and don’t sell yourself short.  Better to not work than to work for Kaka while the bar makes money.

The point of a bar hiring a DJ is to keep people in the venue drinking.  At a recent gig, a patron came up to me while I was DJ-ing and said, “DJ!  You’re killing me, man!  My girl doesn’t want to leave.  My bar tab is outrageous.”  That’s my job, to make patrons stay when they thought they were going to leave.  There is a value in that.  Unfortunately, some club owners don’t see it that way.

Following is the totally true story of how an alcoholic stole my gig.

Many moons ago, in the days before DJ software, yours truly had a DJ residency at a well to do venue.  Even though I was given praise by patrons and staff alike, and held a dance floor until the house lights went up, the owner of the venue constantly tried to talk me down on my price.  Trying to talk my price down didn’t make sense at the time because business was going well.  When my contract ended with the venue the client decided not to renew.  It was an amicable business split and my curiosity nagged me until I finally went to the venue to see my replacement.

When I visited the venue post-contract, the dance floor was practically empty and the new DJ was one of the worse I’ve ever heard.  As I stood near the bar shaking my head in disapproval, the venue owner approached me.

As it turned out, the guy was a musician that secretly hated DJs and belittled DJs and their efforts at every given opportunity.  In his mind, any and all DJs were overpaid and overrated.  The replacement DJ made the cardinal sin of commercial DJ-ing: he played only what he wanted to hear and not what the crowd wanted to hear.  Hence the crowd shrank like a cheap blouse in the wash.  The venue owner wrongfully believed that the club was popular enough on it’s own that it didn’t matter whom was DJ-ing.  He learned the hard way thus was not the case. 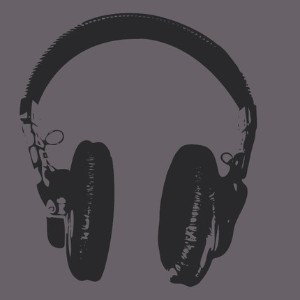 The strongest business DJ is the sober DJ.

The non-sober DJs will trick themselves into thinking that they are being paid fairly through the perceived value of a bar tab (if they even get one).  The only time that a bar tab is worth anything is when a DJ has a bottomless bar tab.  Anything less than a bottomless bar tab is a virtual fishhook to get the DJ to become a patron while they are working.  This sometimes results in a DJ spending part of the money earned for the night on a bar tab.  The bar isn’t the bad guy on this one.  It’s the DJ’s fault for being a weak dummy.  If the bar is not taking care of you, take care of yourself.  Flask.  As I said before though, sober is the way to go if you want to be totally on top of your game.

Say No To Drugs…for pay.

Get paid in cash and buy your own drugs.  Never, ever take drugs instead of money for a gig.  Repeat that last sentence twenty times.  Now repeat it twenty more times.
Remember, sobriety is king, but if you must indulge keep business separate from partying.  In reality, repeating the above sentence isn’t going to do anything.  All user DJs break this rule at some point and most disregard it all together, but I have to say it for the record.

Don’t Stab Your DJ Friends in the Back For Gigs

You may not believe in Karma, but Karma believes in you.  Wrecking a good DJ alliance for a couple of bucks is one of the dumbest things you could ever do.  Eventually your gear will malfunction and your gigs will slow down.  If you turn on your DJ friends they will be happy to return the favor in the future.  Loyalty is it’s own reward.   Honor is true power.
Email Post