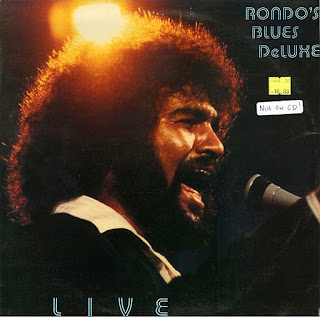 I was almost embarrassed at the fact that I just recently heard about the death of St. Louis Blues musician Rondo Leewright.  Rondo passed away this September 2011.  This fact is made even stranger due to the fact that my family (on my father’s side) is really close friends with Rondo.  As much as I want to, I can’t really blame my family for not getting the information to me because at the time of Rondo’s death I was in New York doing gigs.

I met Rondo in the early 90’s via my uncle, Keith Hinds, whom played drums for Rondo often at the time.  In those days I was more of a local hired gun than I am now and would occasionally play with R&B, Blues, Jazz and Rock cover bands.  What started off as me just visiting my uncle Kent while he played with Rondo, quickly turned into me subbing on drums for my uncle while he dealt with his personal problems. Once Rondo discovered that I could do last minute gigs unrehearsed without sounding like garbage he seemed to ring my phone off the hook.
Eventually, my uncle’s personal problems became so great that I was gigging with Rondo on a regular basis.

When I was working with Rondo I had a lot going on at the time.  I was whoring myself out as a drummer to anyone that could afford me, the local St. Louis papers were claiming that I was one of the city’s best drummers and I had just signed my first record deal with my rock band, T.H.U.G.S.  All of the aforementioned factored in when I had to decline Rondo’s offer to play drums in his band full time.  In hindsight, I wish I had figured out how to make it work. 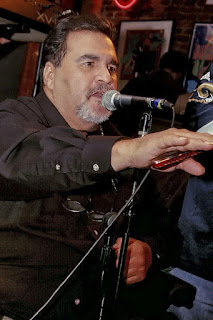 I remember the conversation I had with Rondo when he offered me the gig.  I told Rondo that I couldn’t do a series of gigs with him in St. Louis because I had to go to New York and cut a T.H.U.G.S. record.  Rondo sighed and said, “Watch out for the cocaine”.  I was perplexed by his warning and told him, “Not only do I not do cocaine, but I have quit drinking so that I can focus on my work while I am there”.  Rondo smiled and then laughed a little bit.  “Nobody ever does cocaine when they GO to New York, but somehow they end up doing it when they come back.  The problem is that people aren’t going to try to sell it to you…they are going to give it to you.  Just be careful and good luck up there with your record”.

Rondo’s NYC warning was welcome but unwarranted.  When I landed in NYC, I was put to work right away and any downtime was spent in a pretty straight edge environment (the likes of Melvin Gibbs, Henry Rollins & Vernon Reid).  Once I returned to St. Louis, I still found myself doing the occasional gig with Rondo when drummers would mysteriously not show up just hours before the gig.  Rondo would call me in a frantic tone, “Can you hit tonight?”
Me – “Yeah, when do I need to be there?”
Rondo- “In an hour”
Me –“Sure”
Rondo –“Guy isn’t here, if he shows up it’s still your gig.  Come on down”

When I played drums with Rondo’s Blues Deluxe it almost didn’t feel like work.  Rondo had a strange way of creating this family vibe that made you feel like you were just hanging out even though you were working.  He was always smiling and joking and keeping the energy light and up.  It was always a pleasure playing with him and he never failed to make me feel like family in his presence. When you looked around at the other members of his band everyone was always just smiling and enjoying jamming together. Definitely one of the more pleasant memories of my life as a musician was my experience with Rondo’s Blues Deluxe.  R.I.P.  Rondo Leewright.  The pleasure was all mine.