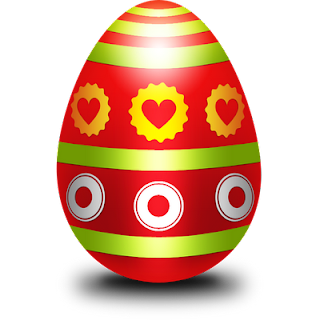 Often when I think of Easter I think of a late friend from my childhood.  The last time I saw him we bumped into each other at a music store in the drum department.  I was excited to see him, but his response to me was as if I were the harbinger of darkness.  He told me that he was looking for drums to play at his church.  I smiled and said, “Playing drums in church, huh?  That’s a good hustle.”  He laughed and shook his head, “Man, it ain’t no hustle.  I’m a Christian and I’m with Jesus now.”

I paused for a moment.  “That’s cool.  Not really my scene, but to each his own.  We should go hang some time and have a drink and catch up.”  He shook his head, “I can’t do it.  I can’t hang out with you anymore.  I told you…I’ve been saved.”  I had a confused look on my face.  “Yeah, but what’s that have to do with you and I hanging out?”  He smiled and said, “I can’t hang out with you anymore man because you’re evil.  They talk about people like you at church”.  I laughed because I thought he was joking.  We often joked around as kids and I figured he was just messing with me. “You can’t be serious”, I told him.  “Man, I’m dead serious.  You’ve been evil since we were little kids.  I can’t count how many times you’ve gotten me in trouble from grade school on through high school.  I have a family now I can’t be hanging with you”.  It was hard to take him seriously because he was smiling the whole time that he was saying this.  I shrugged my shoulders, “Oh, that was kid stuff”.

I met this friend when I was in the fourth grade.  I was on the playground reading a comic book when he approached me to announce that he was going to beat me up.

Me – “Here…I have a better idea.  How about we skip the ass kicking and you can just have her”

Him – “Really?   Thanks!”
After that we became close friends.

I thought of our childhood introduction to each other and realized that it wasn’t too far fetched for him to get roped up in a Jesus cult.  It wasn’t that he wasn’t smart…but he had his moments.

As my friend and I parted ways at the music store, refusing to believe he was serious, I asked my friend for his contact information.  “I’m serious…I can’t be friends with you any more.”  You would think that my feelings would be hurt, but it was too weird for me to feel anything but surprise.  I shrugged my shoulders; wished him well and hopped in my car and drove off.  That was the last time I ever saw him.

Years later, I received a phone call informing me that said friend was on a trip in a church van with his congregation and they were in an accident.  During the accident, the guy formerly known as my friend…died.  After I received the news, I cried for a really long time.
It didn’t matter to me that he disowned me.  Hearing of his death still hurt just as bad as if I’d seen him the day before receiving the news.  The irony of his death was not lost.

Easter is edible arts and crafts, candy and a big dinner.  That’s it (If you’re lucky), but If that’s your scene though…Happy Easter.
Email Post