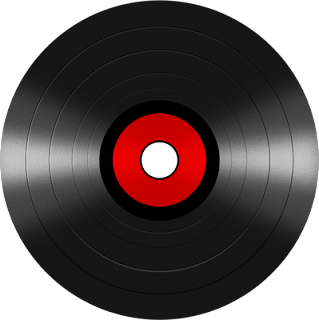 Before requesting songs, making comments, or asking questions of the DJ, please read the following...1. PLAY SOMETHING GOOD...SOMETHING WE CAN DANCE TO!The DJ has to play for more than one person...so what you hate may be another's favorite song and EVERYTHING played here can be danced to one way or another.2. WOULD YOU PLAY SOMETHING WITH A 'BEAT'!Be serious! We know of NO songs played in a club that don't have some sort of BEAT!3. I DON'T KNOW WHO SINGS IT AND I DON'T KNOW THE NAME OF THE SONG, BUT IT GOES LIKE THIS.....PLEASE DON'T SING for the DJ. They have to put up with smoke filled rooms and dangerous decibel levels all night long...DO them a favor and DON'T give them a rendition of your favorite song...and if you loved the song that much, you'd already know the name of it!4. EVERYBODY WANTS TO HEAR IT!Oh, sure ... you polled everyone in the club and, as their spokesperson, you're requesting the song.5. EVERYBODY WILL DANCE IF YOU PLAY IT!The DJ won't. I guess that blows a hole in that theory!6. I CAN GET LAID IF YOU PLAY IT!Why settle for one night? Buy the album and get laid for the whole month. Besides, what makes you think the DJ cares about your sex life at all?7. I WANT TO HEAR IT NEXT!The ONLY people who can use that statement write the DJ's paycheck...however if you do write your request on a $50 bill it will get much more attention...BUT if you write it on a $5 it'll probably just get lost...8. WHAT DO YOU HAVE?It's much easier for you to gp have anopther beer and figure out what you want to hear than it is for the DJ to recite the name of every song in the booth! If you don't know what it is you want to hear, why are you bothering the DJ?9. HEY, MAN. NOBODY CAN DANCE TO THIS!It's NOT advisable to say this when the dance floor is packed (yet, some people do anyways)! HOWEVER, even if there is only one person on the floor, it STILL contradicts this statement.10. PLAY IT SOON, BECAUSE WE'RE LEAVING!If your gonna leave after the DJ plays it, why shouldn't he wait until the very last song so you'll stay all night! At least ask for it as early as possible and not just 10 minutes before you're planning on leaving...once again, exceptions can be made with a request written on a $50 bill, but even that will not be a guarantee.HONORABLE MENTIONS1. If you ask for a song and the DJ says he just played it, DON'T SAY "Well I just got here." It makes absolutely no difference.2. DON'T SAY "Is this the only music you play?" If you go to a Chinese restaurant, you wouldn't ask for Italian food. Rock clubs play rock, alternative clubs play alternative, discos play disco, etc..., etc..., etc...3. If you ask for a song...BE SPECIFIC. DON'T SAY "I wanna hear something...anything but this!" Try going to a bar and saying "I wanna drink something...anything but this..." you can't complain if you're not SPECIFIC... If you ask for an artist/band, don't get mad if the DJ plays something by them you're not familiar with, your request was filled...you should've been more specific about the song you wanted to hear.4. HOWEVER, if you are specific and the DJ says he doesn't have that song, DON'T SAY "What!?!? What do you mean you don't have it? What kind of DJ are you?" The DJ may shoot you!!!!!5. SPECIAL NOTE! A night club DJ gets very little RESPECT. They are expected to play everything for everybody. It is impossible to satisfy all of the people all of the time, yet club DJs are expected to do just that. If a radio DJ tells his listeners a song is a hit, the majority of the people figure it must be "Because they say so on the radio." However, 80% of the time, that same song was being played in a club long before the radio DISCOVERED the NEW song. So, give the DJ a break! The next time you request a song, stop and THINK before you speak.AND ABOVE ALL ELSE...if the DJ has one hand on the mixing board, one hand on the turntable, and the headphones on....DON'T BUG HIM....HE's MIXING!!!!!
Email Post