The Politics of Gigging 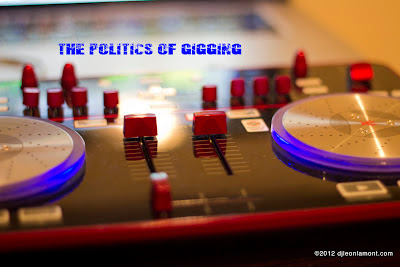 Recently, a musician friend called me distraught about being offered another friend’s gig.  When I asked him the circumstances of the occurrence, he basically said that he was filling in on the gig to “help” his friend cover up his drug habit.  As a result of “helping” my friend was recognized as a better player and more reliable and thus offered his friend’s gig.  To make for less confusing reading we’ll call my friend “String” and call his friend “Pick”.  String sorrowfully moaned, “On the one hand I really need the money, but on the other I don’t want to feel like I’m stealing Pick’s gig.  I was just trying to help.  I really didn’t see this coming.”  Thus is the burden of being good at what you do, coupled with acting like a professional.
String asked me if I’ve ever had his problem and asked my advice on what he should do.  I told String, “Ultimately the final decision is yours, but I will confess to never having felt bad taking a drug addict’s gig.  If you let your partying affect your ability to make money, then I didn’t take your gig.  You gave it to me”.  My opinion is that String would be helping Pick more by taking his gig instead of covering Pick whenever Pick feels like going on a 3-5 day drug binge.  Taking Pick’s gig is a lot more helpful to him than, “Sure, go get high.  I’ll cover you so that you’ll have more drug money to come back to.  Meanwhile, I’m starving to death looking for a gig.”
Am I a ruthless gig snatcher?  No.  The following is an example of when you shouldn’t take your friend’s gig.  Many moons ago, I was overwhelmed with DJ gigs and gave one of my lesser paying contracts to a friend.  A year later, my residency contracts expired one after another and I found myself in between gigs.  While visiting my friend’s gig, the club owner pulled me to the side and offered me my friend’s gig because he thought I was a better DJ.  When I declined, the club owner offered me more money.  Once again, I declined.  Why did I decline?  You don’t hook up your friends with gigs and then later take them from them when things are slow.  If my friend were screwing up and pulling “no-shows” or acting unprofessional in any way then I would’ve taken his gig.  I put you on, and you make me look bad… yeah, then I’ll pull your card.  Not being a Leon Lamont clone isn’t a crime.  Doing the best you can is good enough.
I’ve been in String’s position as both a DJ and a musician.  I know a lot of guys (and girls) that will disagree with everything I’ve said and take your gig regardless of the situation.  In every situation where I’ve had to step up and take a friend or family member’s gig…drugs were involved.  Do I have it in for junkies?  Kinda-sorta-but –not-really.  Having my drums stolen, cars broken into, and homes invaded by drug addicts makes it easy for me to feel OK about taking their gigs.  As far as taking a stranger’s gig, there’s really no discussion.  Take it.  In closing, ask yourself who you are.  Are you the person that would rather have lots of money and no friends or a person that would rather have a lot of friends no matter what their financial situation is?
Email Post