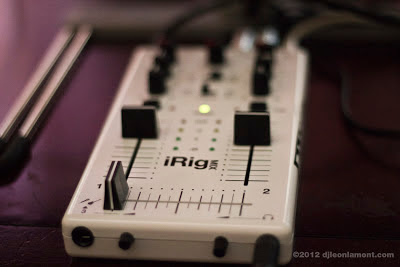 The iRig Mix is a mixer designed for people that want to DJ with an iPod or iPad.  Thinking that you need a specific mixer to DJ with an iPad or iPhone is a silly idea.  You can use any mixer to do this by simply buying a pair of Y-cables at your local electronics store.   That being said, why would I bother to get an iRig Mix?  Size.

I was disappointed with the weight and material used for the iRig Mix.  I have old love letters that are heavier than this thing and for $100 (USD) they could have come up with some kind of metal casing instead of the flimsy plastic this is made of.  A curious infant could probably pick this thing up and break it almost effortlessly.  Maybe “light-weight” is part of their sales pitch, but I would rather have “sturdy” over “light” any day.  For fear that it would be destroyed, when I took the mixer out for a gig run I encased it in a microphone case while traveling.  To the plastic body of the iRig Mix I say, “Boooooooooooo!” 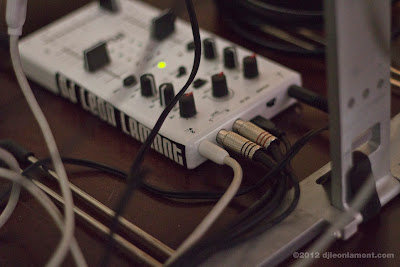 The iRig Mix sounds great.  I can’t even hate on the sound.  I was pleasantly surprised by the clarity and power of this mixer with its modest two channels and two-band EQ.  If you need a monitor line out you are out of luck.  The iRig Mix only has one master line out, two mini-jack lines in and Bob’s your uncle.  The mixer does have cue listening for headphones and a mic-line in with volume control. 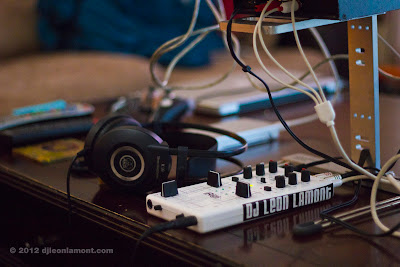 Should You Buy One?

Absolutely.  If you are a DJ that needs a backup mixer or an artist that needs a small mixer for accompanying tracks you would be a fool not to.  iRig Mix is small, lightweight, and sounds great.  I would give it four out of five stars (minus 1 star for the plastic body).