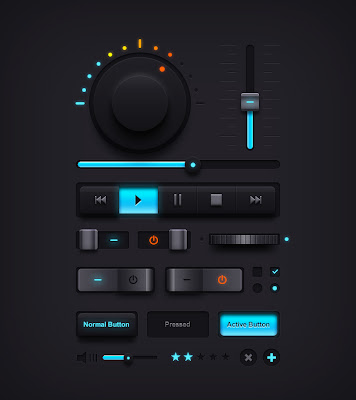 At midnight, April 11, 2013, I turned 44 years old.  I started my birthday by reading a paperback copy of Arthur C. Clarke’s book, 2001: A Space Odyssey by candlelight due to a blackout via storm.  Hours before the stroke of midnight, I had literally driven through a tornado to the bookstore with girlfriend in tow to get it.  Yes, it was stupid.  Yes, it was crazy, but it made a simple, boring task adventurous and dangerous.

Most people would consider a birthday where you wake up to no power and bunch of food that has spoiled overnight to be the start of a horrible birthday.  I’ve had worse birthdays than this and my surroundings remind me of how lucky I actually am.  Last night, during a storm, many people had their roofs torn off of their houses, their cars and homes smashed and all kinds of other horrors in addition to the black out of the whole suburban neighborhood.  I’m amazed that I always manage to forget how horrible the weather is in Missouri during the spring.

For some people, the 40’s age range is traumatic both to witness and experience.  Some of the hot little 20 year-old women you partied with back in the day are now cat ladies or grey haired, pudgy little wives with equally grey haired pudgy little husbands.  Most of your athletic male friends from the past are so fat that they are unrecognizable without identifying themselves to you first.  Peoples 40’s is also around the time that people realize that they aren’t as in love as they thought they were and start filing for divorce.

On the opposite end of the spectrum, for some people, being in the 40’s age range is when everything they did in the past seems to be paying off.  They can finally move or get that house they always wanted.  The biggest joy in their life is coming home to a wife, kids and a barking dog or coming home and smiling at a husband playing in the backyard with the kids.

When I talked to a friend about the dreams he had when he was younger compared to the dreams he has now in his 40’s he responded, “I don’t have dreams anymore.  Just bills and regrets”.  He said it in a joking manner, but I suspected there was some truth to it as he went on about how tired and uninspired he was all of the time.

How do I stay excited about life?  Learning new things is exciting.  Applied learning is even more exciting and detrimental to my happiness.  The most important thing that I have learned so far is that if I am unhappy I need to focus on myself first and my situation second.  Everything else is a cakewalk from there.  Being around the right people (and far away from the wrong people) is a colossal thing that shouldn’t be ignored by anyone as well.

For a long time, I became stuck on the idea that I could change people.  I can’t.  That’s a silly idea.  Every asshole, crazy person I’ve met is probably going to be that way for the rest of their lives.  With certain friends and relatives I know this to be the case for fact because the research has been done already.  Acting crazy is one thing, but being crazy is something entirely different.  Some people have a lot of clutter and BS in their life and by becoming friends with or even dating that person you become bogged down with clutter and BS yourself.  Discussing this subject with a respected friend, he said the perfect sentence in response to being fed up with someone’s extra BS being forced on him by association.  My friend said, “Finally…I stopped and realized… you know what…I don’t have time for this Sh$%”.  I laughed and said, “None of us do.”