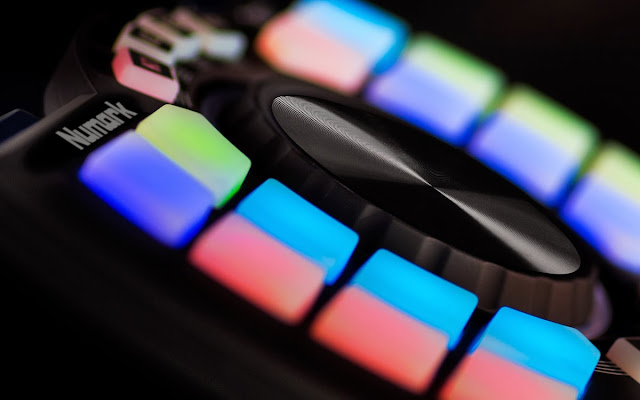 When I first starting receiving e-mails about the Numark Orbit MIDI controller, I figured it was just another entry-level DJ piece of crap tethered to some unusable, half-assed designed DJ software.  So what got my attention and made me look further into the product?  The words "Black Friday Sale" and "Wireless".  The aforementioned words sparked my interest, but what brought me closer to actually considering running out and getting an Orbit was the claim that it could be MIDI mapped to any MIDI controlled software (OK, and I kind of like the lights).

Before even considering blogging about the NO MIDI controller (horrible abbreviation, right?), I felt I owed it to my DJ brothers and sisters to actually take the device out on a gig or two first.  My set-up was the Numark Orbit, Serato Scratch Live (with video plug-in), MacBook Pro, and the Korg KM-202 mixer. 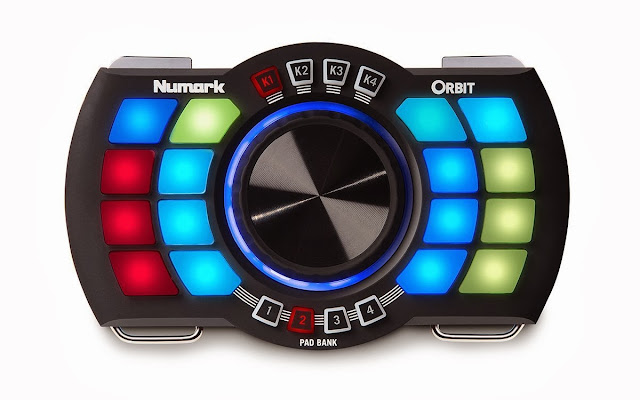 On the first gig night, I mapped the Orbit to some basic Serato functions including a few controls on the video plug-in.      When Numark boasted "zero latency" they weren't joking.  I tested the latency about 30 feet away standing in front of the bar bathroom and had no problems.  I don't think it gets more "remote control" than that.  I was able to start and stop music videos, adjust filters and manipulate the video crossfader without any noticeable latency.  Sweet.  The only hitch during the night was that the battery ran down after 3 .5 hours when the Numark sales pitch was that the device would last a full 8 hours on a full charge.  Wether I had it fully charged or not is questionable.  A major plus is that if the battery goes dead you can just plug the controller into a USB port and still use it while it's charging.  My suggestion for preserving battery life and mobility while doing a DJ set is to keep the device plugged in until you actually need to go somewhere like the bar or the toilet or to socialize. 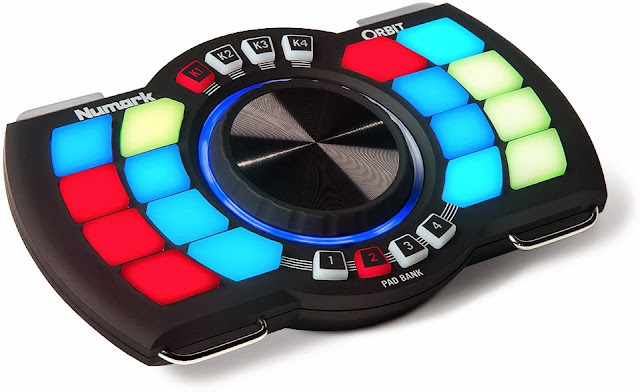 On the second gig night, everything was pretty much the same with the exception that I was working at a two story club and was able to DJ with the Orbit from the first floor bar while my DJ set up was on the second floor.  Once again…no latency of any sorts.  This time I kept the device plugged in until I needed to go downstairs because I didn't want a repeat performance of battery death during my DJ set.


Verdict?  I don't like the Numark Orbit MIDI controller…I love it.  Even if I stopped being a DJ tomorrow, I could still find more than a few uses for this device.  I've been dreaming of a product like this for years now and I'm glad that I lived long enough to actually use one.  The fact that I can map it to Ableton Live alone is a selling point.  All of the buttons can be programmed to different colors and parameters and you have 16 pads with four different banks which gives you a total of 64 assignable pads.  I could bore you with all of the specs of the device, but if you are that interested you can just look it up in a search engine.  My biggest fear right now is that there will not be enough geeks like myself to keep this product from being discontinued.