What is Mixtape Ideas?

I decided to do a series of blogs to inspire mix tape production by readers.  Each week, I'll suggest an artist or act that I enjoy.  It's a digital version of being "turned on" …you know…when you sit and drink and smoke with someone and they lay some music on you.  Either you like it or you don't, but if you do…then that person has turned you on to that artist and that will hopefully lead you to other new artists thus expanding your musical library and vocabulary.  The blog isn't about new music, it's about "new to you" music.

Where did the idea for this blog series come from?

I used to do a DJ residency that had two parts to the night.  The first part of the night was two hours of underground electronic music and the latter part of the night was commercial radio music to please the large crowds.  I did residencies of this nature in both St. Louis, MO and Brooklyn, NY and in both cases the Pop music listeners outnumbered the underground listeners (it ain't called Popular music for nothing).  After the underground sets, I would always be approached by loner types that asked me where they could find more of the type of music I played earlier in the night before the radio drones arrived.  I would send them to various websites and magazines, but then I realized that if they liked the particular stuff I was playing I was still kind of leaving them in the dark.  So to cut down on that listening minority having to sift through a lot stuff they don't like, I figured I'd give them a jumpstart with this blog series.

That being said, let's pop the cherry on this one with… 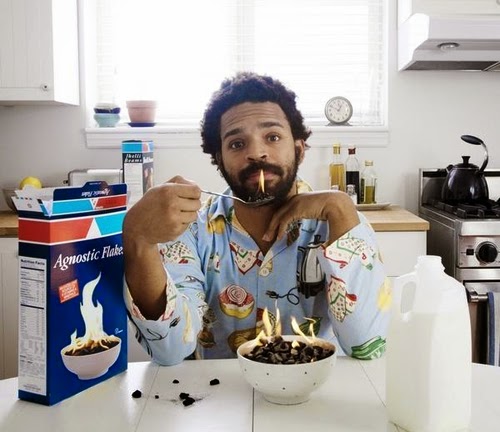 My first confession about Busdriver is that he is "hit and miss" with me as an artist.  Busdriver has some tracks that I love and others that I can't get with at all.  Busdriver's latest release, "Perfect Hair"…I'm sorry to say that none of the tracks really grab me.  Feels like he is going in a seriously wrong direction in my opinion.  The strongest release by this artist so far is Roadkillovercoat (2007).  He sounds like a black version of my  former Wordsound label mate, MC Paul Barman, but a little less heavy on the giant vocabulary and word cramming than Barman.  With the right producer I think that Busdriver could possibly break out of underground obscurity…but who would want that?

My favorite Busdriver tracks are below.