How We Become Musicians 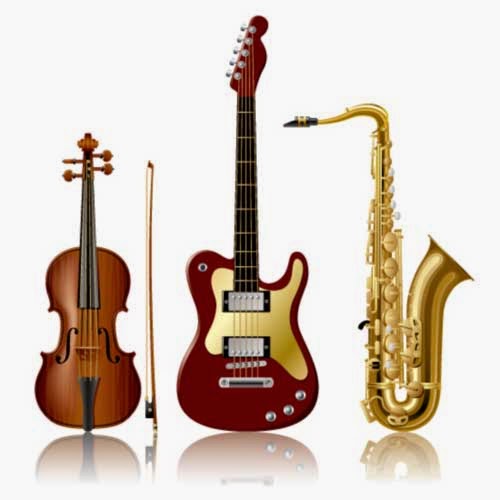 A stranger, making conversation at a bar, whom was a self-described non-creative type asked, "How do you guys become musicians?  I mean, how do you even know you're a musician and how does it start?"  These questions will produce a variety of answers from various individuals, but there are basically just two answers; 1) by being inspired (usually by seeing a musician perform on said instrument) or 2) as the result of a calculated guess by others around the musician (whom are usually music educators).

While I presented the answer to the question as an "either or " answer, I actually became a musician by both methods.  I became a drummer by hearing one of my uncles play a set of drums when I was a little kid and becoming madly in love with the sound of drums and obsessed with the idea of becoming a drummer.  I became a bass player as a result of taking the initiative to correct a miscalculation made in my grade school years that incorrectly labeled me as a violinist.  I played violin for four years until the opportunity presented itself for me to switch instruments due to a need for an additional  upright string bass player in the orchestra at my middle school.  The band conductor started band practice with a question that I had been waiting years to hear, "Does anyone want to switch instruments?  We really need another bass player."

When kids start becoming musicians in grade school, they are pushed in certain directions toward certain instruments by people that have been quietly studying the student's GPA, economic background, test scores in the student's basic music class and many other things.  The basic music class, that most students take in suburban grade schools, is pretty much a testing environment to distinguish the musicians in the classroom from the non-musician students.  In my case, in public school, I was always steered in the direction of the instrument slot that needed to be filled and not necessarily the slot I was interested in.  This is how drummers end up becoming violinists and bass players.

Even though I was placed on an instrument that I neither was interested in or good at it (violin) in grade school, I was grateful to be exposed to some sort of legitimate form of music education.  From grades kindergarten to third, while attending an urban public school, I had no music education at all, but longed for it nonetheless. Once I transferred from an urban setting to a suburban environment, in fourth grade, I was up to my neck in string lessons, choir lessons, general music class and reading music charts starting from a point of zero experience, all happening in one school year.  I wanted the experience so badly that I was too excited to be overwhelmed by the bombardment of music education.

I was one of the lucky kids.  While I was selected for any and everything music related in school, many kids had a desire to play music and either didn't get asked or their parents decided that musical instruments were a waste of time and money when there were bills and groceries to consider.  Sometimes talented students don't play instruments in their younger years due to reasons that are academic, economic or both.  An example of this is when my high school marching band was informed that if a student didn't maintain a certain GPA they couldn't participate in the marching band anymore.  Our drum line was cut in half during my sophomore year because of this rule and many of the guys axed were our strongest drummers.

Some people don't get bitten by the musician bug until their adult years and don't start taking lessons or performing music until their 20's and sometimes as far as into their 40's and 50's.  It's never to late too learn anything.  Whenever and however the inspiration strikes a person they can just pick up an instrument and get lessons somewhere and begin their musical journey.  If I had to give a one word answer to the question of "how do we become musicians?" that answer would be "desire".  Later and don't be a hater.
Email Post