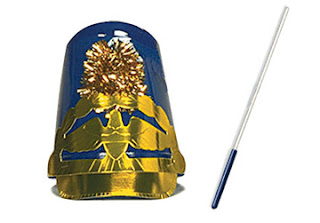 Whenever I try to lead a band, there is always that one member that considers themselves to be a better leader than myself.  They'll say something colorful like, "Why should we listen to and follow you?"  And I'll say something arrogant like, "Because my failures are bigger than your successes."

I don't consider myself to be a "success" (whatever that means).  I consider myself to be a creative person that tries things very loudly and very proudly.  "I love this.  Hmm, nobody else loved it.  Back to the lab."  There's that burden of your art that you love so much not being considered good unless a lot of other people love it too.  That conflict starts first…in a band.

Being a band leader is all sacrifice and compromise.  It's always a situation of "what you want versus what you can get".  Sometimes there is big talent with no personality and then big personality with no talent.  There's the talented drug addicts, alcoholics, and womanizers.  Then there are the cover band drones that are capable of playing anything but incapable of writing anything good.  You try to gather the right people to make a palatable live stage performance while simultaneously finding people you actually enjoy hanging with offstage.  Sounds simple, but is nearly impossible in most cases.

Nobody cares that I lead my first band at ten and got us our first paid gigs soon afterwards, or that I got my band paying jobs as hired gun musicians with adults while we were just thirteen years old.  Or that my "crazy" and "dumb" ideas as a leader resulted in my band getting a record deal and a trip to NYC in my twenties.  I could go on and on, with each landmark being bigger than the one before it, but people consider it bragging…even though you actually did it.  Instead, imagine me arguing with a musician that wants to lead an original band because he did a bunch of cover gigs with a bunch of unknown people in a bunch of unknown places and has a success rate of being an original artist of zero.

I mention this stuff because people continuously ask me, "When are you going to lead another band?"  When I find the right people.  When you lead a band, you do a lot of hard work finding gigs, musicians, record deals, managers, attorneys, a printer for both t-shirts and flyers and tons of other stuff.  If you want appreciation for your hard work, you can forget it.  Instead you'll get complaining, people quitting, people knocking up their girlfriends or getting knee deep in a drug habit.  It's all part of the gig.  Does that sound like fun to you?  Me either.  On top of all that you have to deal with the pressure of writing music that people actually want to hear.  The mere thought of dealing with a band back in the year 2001 exhausted me so much that I skipped it and toured Europe by myself with a sequencer.  I came close to finding good people recently, but that was a misfire.  So to answer the question of when I'll lead another band, "I have no idea".

Later and don't be a hater.