Death of a Saxophone Player 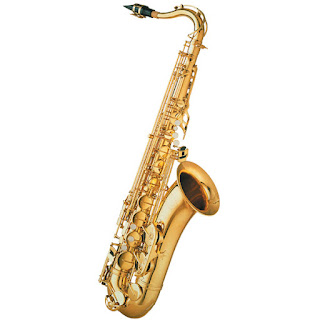 First there was the text from a childhood friend, then there were the FB messages.  The first saxophone player I'd ever known…my first girlfriend…was dead.  She had become part of a trend in my life where I  would reconcile with someone and soon after reconciliation…the person would die.  Very strange.  Very disturbing.

When I asked how the saxophonist died, not one person would give me an answer.  I later found myself at the funeral on the receiving end of disapproving stares of disgust because I asked the question again.  The funeral was in a place that nobody wanted to be, at a time when nobody wanted to be there; Ferguson, MO…during the riots.  The viewing room was practically empty when I walked inside because everyone was standing in the hallway of the funeral home.  For a brief moment, I felt like my nine-year-old self (our age when we met in grade school) as I approached the casket.  When I peaked inside the casket, she appeared to be scowling.  For some strange reason I was struck by how pretty her hands looked to me.  Her hands seemed young, soft and alive.

I kept thinking of those soft, well manicured hands and her fingers gracing over the keys of her sax when we were younger.  Then I thought of them balled up as fists, pummeling into my teen-aged chest after I answered her question, "Would you have sex with my best girlfriend if we weren't together?"  Apparently I was supposed to say, "no".

While I was the oldest of my siblings, the saxophonist was the youngest of hers, which meant that she was much wiser than I was by a long shot.  Once, in grade school, she asked me why I didn't know how to French kiss.  I smugly responded, "Because I'm nine".  When we first met, I had no idea what she was talking about half of the time because I was a kid that nobody liked prior to meeting the saxophonist and no girl would give me the time of day until she came along.  Kissing was something I did to aunt's and my grandma…no tongue.  My father asked me what a guy of nine years old needs with a girlfriend and I had to respond, "I'm trying to figure that out myself."

Seeing me as flawed in almost every way, the saxophonist made it her business to make sure that I learned how to dress, walk, talk and fight like a person worthy of calling her my girlfriend.  Puberty was right around the corner and she made sure that I wasn't going to screw it up by being thrown off balance by it's arrival.  I studied Karate, Judo and street fighting, wore designer clothing, took daily vocabulary tests and studied slang as if it were a second language class for extra credit.  She was doctor Frankenstein and I was her monster.

At some point in time, I should've said, "Thank you" to her for the glorious transformation she helped facilitate while I smoothly transitioned from adolescent years to teen years, but I was too distracted by the constant power struggle going on in our "on again/off again" relationship that  spanned the entire duration of us both going through puberty.  It was hard to break up with your best friend when you had to see each other on a regular basis in the band room and on various band trips while your hormones were in disarray and you lived less than five minutes apart (she lived down the street from me).

Breaking up was a power play.  I never took it seriously because we always got back together, so when it really was happening I didn't pay attention and barely remember it.  It just seemed like one day we were no longer together and she hated my guts.  We didn't speak for years and then suddenly I found her on FB.  She agreed to write off her anger as "kid stuff" and we were speaking again.  She appeared to be doing well with her career, happily married and generally successful.  If she was happy…I was happy because I'm happy when all of my ex- girlfriends are happy.  I believe that if you truly loved someone in a relationship that you should want them to be happy whether they are with you or not.  It seemed so surreal.  One moment I'm typing a joke on FB to her and the next moment I'm standing over a casket in Ferguson, MO…and she's in it.

To this day, I still don't know how she died.  I'm just glad that she didn't die hating me and I was able to pay my respects to the first girlfriend to leave me better off than how she found me.