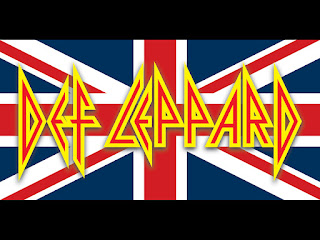 Recently, I had a discussion with some fellow musicians about loyalty among band members.  If there is anyone that can give advice on the subject, it isn’t me.  What I can do is give some examples of what loyalty is and isn’t.  The most impressive display of band loyalty that I’ve ever witnessed is with the band Def Leppard.  People think that if a bunch of guys in a band grew up together, loyalty shouldn’t be an issue.  It’s never that simple, but Def Leppard made it seem that simple when their drummer lost his arm in a car accident at the height of the band’s career.  If there were ever a legitimate reason to replace your drummer, having him lose an arm is probably in the number one spot.  Of course their childhood friend and bandmate threatened to kill himself if they kicked him out, but that’s neither here nor there.  Instead of replacing the drummer, Def Leppard helped their friend figure out how to get a custom kit made that would allow him to still do the gigs with one arm (good thing he wasn’t a Jazz drummer).  I was beyond shocked and impressed by this move and doubt that I will ever see an example of band loyalty of this caliber ever again in my life.  If the band would’ve been just starting out and struggling I suspect the whole loyalty thing might have flown out of the window, but since the band were megastars at the time of the accident, somehow making adjustments to have a one armed drummer in the band didn’t seem too outrageous.  I don’t think there is any better example of what band loyalty is than the story I just told, but I’ve been wrong before. 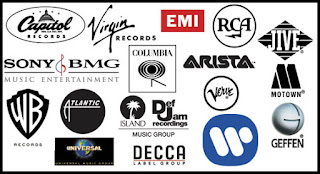 The time when band loyalty is really tested and daggers lunge into backs and founding band members find themselves betrayed and replaced is when record labels come snooping around and dangle that old, familiar carrot known as the recording contract.  Getting offered a record deal for the first time causes instant turmoil in bands.  Suddenly, the word “loyalty” just becomes another word in the dictionary.  Often, a recording deal will come along and the label will decide whom does and doesn’t have talent.  The artist, Pink, started her first musical efforts in a girl singing group.  When the powers that be told her that her friends were dead weight and that she was the only star in the group, Pink ditched her friends and became the megastar she is today.  Pink doesn’t get any rewards for loyalty, but she has a lot of other rewards that are much more fun to have because of the decision she made.   Sometimes, with the new element of a recording contract in the mix, suddenly a bunch of friends making music together becomes every person for themselves and “who’s standing in the way of my dream?”.  I have several musician friends whose recording contracts where contingent on them replacing band members. Sometimes it’s one guy that needs to be replaced to secure the record deal and other times it could be as much as the whole rhythm section.  The stories I know vary.  Sometimes the band members stick together as a group and other times the situation turns into a scene from a Shakespeare play. 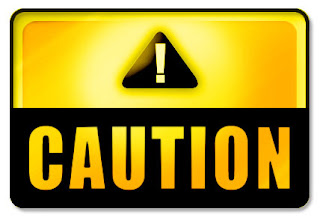 There’s really no way for musicians to prepare for such a possible situation.  Betrayal stings because you never see it coming.  Nothing highlights the fact that a band is made up of individuals with their own ideas and issues like a recording contract and/or money does.  Sometimes a recording contract isn’t the issue at all and it’s just a matter of money.  For some musicians, it’s as simple as, “There is little money and lots of struggle over here with you guys and there’s easy street and lots of money over there with those guys.  I’m quitting the band and going over there with those guys”.  “Over there” could be a regular job or a music gig that pays more money.  There’s no right or wrong to it because everyone has their own personal problems and needs.  Nobody wants to get close to their dream and hear, “Hey, you’re ok, but the guys you’ve been doing music with for 20 years suck.  Ditch them” but hey, it happens.  At the end of the day, it’s each individuals own business how important loyalty is to them.  Maybe you’ll end up a megastar like Pink by simply ditching your bandmates or maybe you’ll just destroy a friendship or two over an album that ends up in the dollar bin at the nearest truck stop.  I’m a street guy so loyalty is a big deal to me, but business will always cause you to question and test loyalty no matter what your profession is.  Later and don’t be a hater.