Recently, a DJ friend invited me to do a last minute tag team DJ set with him at a bar in St. Louis, MO.  The invite was just hours before the gig and I was told to just bring my laptop and external hard drive full of tunes as the DJ making the invitation boasted of having the ultimate mixer for tag team DJ sets.  He wasn’t lying.  The mixer we used that night was the Rane Seventy-Two which was equipped with built in Serato as well as a video screen for viewing sound waves (just as you would see them on your computer while using Serato DJ), two USB inputs (so that you could effortlessly switch back and forth between two laptop setups with the turn of a knob), and built in hot cue buttons.  In addition to the aforementioned features, the mixer had various built in sound FX. 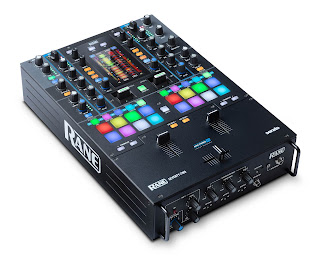 What did I think of the mixer?  While spending close to two grand on a mixer is a little out of my price range for mixers at the moment (the Rane Seventy-Two lists for $1,899.00 at the moment), I found this mixer to be amazing.  It functioned and sounded like a two thousand dollar mixer with my only complaint being that the wave display seemed to have a bit of latency that made it hard to scratch.  With the mixer’s price point I’m sure my latency complaint has to be something that can be fixed in the settings and my DJ friend just hadn’t gotten around to adjusting the settings yet.  If I had to describe the mixer in one word; dope.  The ease of switching from my laptop to the other DJ’s laptop was just overwhelmingly impressive.  Anyone that has done a tag team DJ set and wanted to use their own laptop instead of sharing content from one laptop with multiple hard drives will love this mixer. 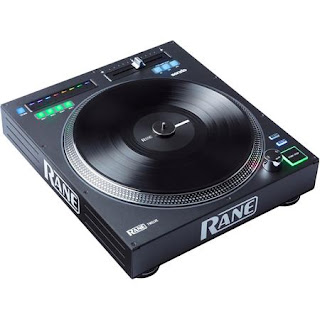 While the Rane Seventy-Two Mixer was amazing, I was much more impressed and thrilled by my DJ friend’s controllers; the Rane 12s.
Like many DJs, I started off my DJ career using vinyl.  While vinyl can be romantic and have it’s own unique feel while you are performing as a DJ, I was never a fan of two things; the tone arm and needles.  Starting off as a vinyl DJ made it almost impossible to make money on early DJ gigs because you would barely make enough money to cover the price of your vinyl, yet alone the high cost of replacing needles as a result of gigging on a regular basis.  While dropping the needle is exciting and cosmic at parties as well as on first dates, a tonearm is a catalyst for much stress.  All it takes is that one drunken patron to bump into your turntable and send your tone arm gliding across your precious vinyl, both ruining your record and the vibe on the dance floor.  The Rane 12 DJ controller leaves all of the best parts of using vinyl on a Technics 1200 and removes all of the negative aspects of using the device back in your memories.  In short, imagine being able to use Technics 1200s without the worry of ruining your vinyl records or breaking the bank on expensive needles (as well as thwarting Drunky Drunkpants from sabotaging your set) and you have the Rane 12 controller in a nutshell, the same feel without the big deal.  While a pair of Rane 12s will set you back about $1600.00 USD, with a new single Technics SL1200G putting you back about $4,500.00 USD, I think that sounds like a pretty good deal.