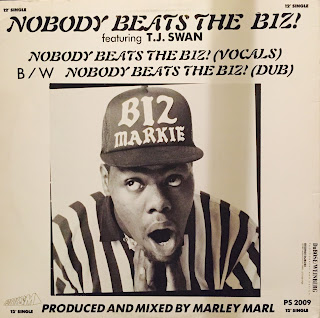 Far away from the Bronx, Brooklyn & Staten Island, in a modest Suburb in the Midwest, back in the 1980s, some of the most fun and exciting memories of my youth were had.  Those memories are of me (along with my younger brothers) anticipating the release of the newest Biz Markie record.  To me and my brothers, Biz Markie was the funniest rapper with the funkiest beats in all of the known universe.  When Biz had T. J. Swan sing, “Nobody beats the Biz”, we believed it and became Biz Markie fans instantly after hearing Biz’s first single on vinyl. 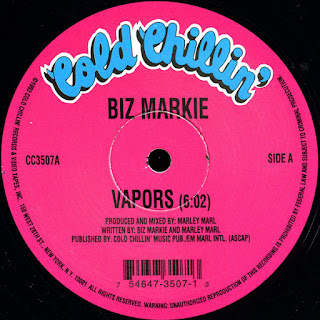 In my teens,I had a stack of vinyl records that I called my “Fantasy Stack”.  The Fantasy Stack contained records that I played drums along to while fantasizing that I was the new drummer of whatever band was playing on the turntable.  The Stack would contain artists like Parliament, Ohio Players, Johnny “Guitar” Watson and Earth, Wind & Fire.  To the surprise of my musician peers, Biz Markie was always in that stack.  Biz’s beats were always funky and fun to play along to and actually influenced my sloppy, funk drumming style.  When I was a teenager, I never truly believed that I would end up playing with any of the artists in my Fantasy Stack (which is a problem in itself, but fodder for a different blog).  Playing with my childhood music heroes seemed impossible.  Learning and playing along to to my favorite artists tracks was just one of those fun, weird teenager musician things that I did that a lot of musicians do. 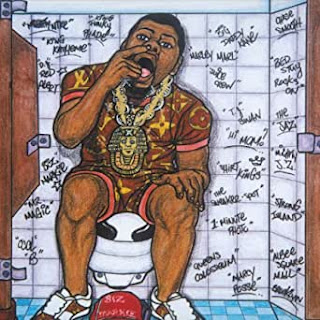 “Then one day, while I was riding the D- Train…” - Biz Markie

Fast forward from my parents’ basement, in Missouri, in the 1980s, to Manhattan at the end of the 1990s. I’d left my hometown of Saint Louis, Missouri and became a New York City resident that was trying to make a living as a drummer and recording artist. Eventually, my efforts landed me onstage at Wetlands in New York City, playing drums behind Biz Markie while he spat out dope rhymes to a full house.  I turned to my left, and there, within arms reach of me, was Cut Master Cool V on the ones and twos cutting it up.  It’s a wonder I didn’t faint from awe and excitement while doing the gig.  It was hard to fight off the fanboy in me and remain professional while sharing the stage with Biz.  The only thing that would’ve made the night more perfect than it was, would’ve been if both of my younger brothers were there to see their big brother play drums with one of our shared childhood favorite artists, the Diabolical Biz Markie, after years of witnessing me fantasizing about it.  Some dreams and fantasies aren’t as crazy as you think.  Dream.  Practice.  Repeat. 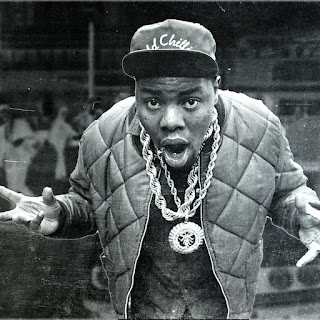 I’d like to think that my drumming style being so heavily influenced by playing along to Biz Markie records in my youth somehow cosmically led to me ending up playing drums live onstage with Biz Markie as an adult.  Wether that’s the case or not, playing funky breaks live on a drum set behind Biz Markie was one of the high points of my life.  I lack the vocabulary to express how deep the pride is that I feel in being able to say that Biz Markie is a part of my life story as a music artist. Biz Markie made a “that’s never going to happen” in my life into a “Oh, shit!  This is happening!”  RIP, Biz Markie- from a fan that just happened to be lucky enough to play drums behind you performing one night.

Later, and don’t be a hater.